Every summer his world came to our tiny village. The Grinde Valley was filled with the sounds of New York City.   Then Gunnar came home for a few months; this flamboyant latino good looking old gentleman. Originally he was a manifacturer from Haugesund – the herring fisher town some miles from our village.   During the war he made his move to the Big Apple.   Gunnar Jondal was his full name but the villagers called him only The American – or simply “Amrikanaren”.

He arrived with suitcases filled up with Wrigleys Chewing gum and small toys for us kids – and Pall Mall’s boxes for his older comrades. He always weared white suites and talked with a tremendous loud voice filled with NYCslang. He even made long baths in the river of Grinde; filled it with bathing foam. 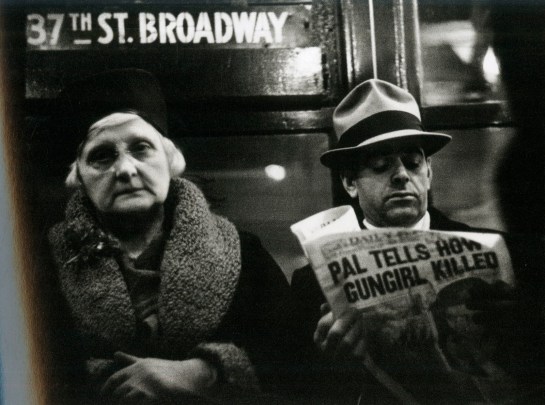 I’ve always been fascinated by him. He died in his late 70s by cancer – in the mid-nineties. I tried for a while finding his children but gave up.   It seemed that this old world of Gunnar was long gone. Till last week. Last week this world came back to me – here in Berlin. A marvellous exhibition at Gropius Bau: a large photo exhibition of Walker Evans. An deeply moving photographic tour to the most intime parts of US – and Gunnar’s world.