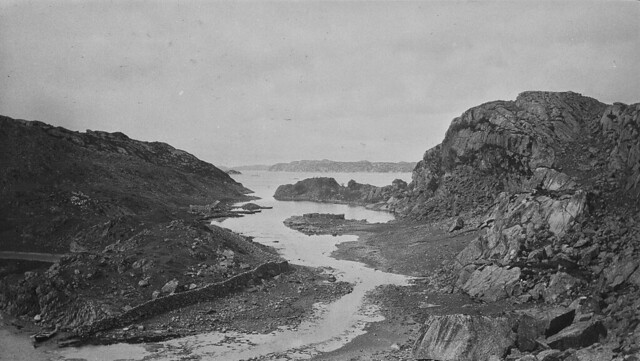 I went to Cologne the other day. With train. A sudden trip with ICE leaving Berlin extremely early in the morning. It was Øyvind’s – my dear old composer friend – idea. We went to Cologne to see Philippe Huyghe. A marvellous artist i’ve never seen live. I’d hardly seen anything by him. Øyvind had and i knew i had to come along. 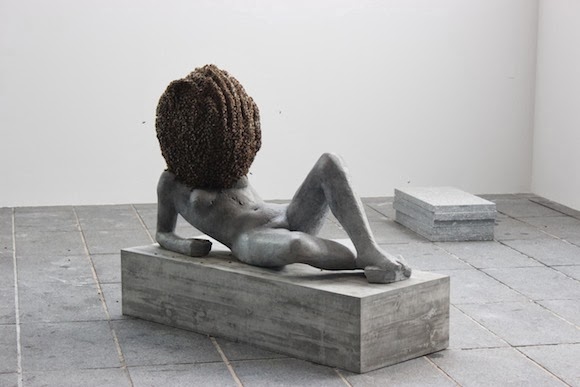 We headed for the Ludwig Museum. Just next to the railway station and the cathedral. The four minutes walk took more than an hour. We arrived in the midst of the Fronahm-feast: the ancient catholic procession party called corpus christi in latin. The Dom Platz was filled with a huge crowd and hundreds of silk banners. So a little late we entered this legendary museum and the exhibtion. I will certainly mention other works later but in this post i’ll tell something personal. In Museum Ludwig I met the spirit of uncle Olaf. My grand uncle Olaf. A silent and wise sheep farmer and wharf worker. A man dressed always in wool. A silent eternal windower living on the island of Bomlo. The west coast of Norway.

In the middle of this huge exhibition (on tour from Pompidou in Paris) (i will write more about it later i think) my thoughts wandered towards Olaf.

You see: he had a wonderful hobby. (No – actually he had two passionate hobbies: singing and) Bees. Millions of bees gathered around in the our ancestral heathens of the valley of Hollund.   Carefully he took care of these bees. Annually he made hundred of litres of the most delicious honey. And here in Museum Ludwig i couldn’t stop recalling uncle Olaf who died maybe twenty years ago. I started remembering his silence and the counterpoint between his great personality and his bees.

The reason was the open door in the midst of the videoworks and installations. A door out to the back yard of Museum Ludwig. A shabby tiny garden filled with waste. There a female nude classical style sculpture was exhibited. Her head was covered by bees and hive.

Thousands of silent bees hummed around and gave deep depth to this concrete replica. It reminded me about the majesty of the bees. A wonderful celebration of their fragile existence. And for me a piece that made me think a lot about uncle Olaf and his bees. And silence.